Are immigrant entrepreneurs left behind by small business aid?

Gustav, an artist and an aspiring musician from war-torn Kosovo moved to New York just a couple of years ago. In January, he opened his own cafe in East Harlem. Gustav had no shortage of customers but, when COVID-19 hit, the situation changed dramatically.

Some restaurants have been able to survive thanks to delivery service, but during the pandemic people prefer to stick to their own coffee machines. Despite his custom blends, Gustav lost most of his regulars and had to close in March. Even after reopening, things just didn’t return to normal.

“Sometimes I have two customers a day, and I still have to pay the rent,” he said. In May,  Gustav applied for PPP at JPMorgan Chase but was rejected. “I don’t think it’s because I am an immigrant: I’ve got a green card. Maybe they are concerned because my business is new and it’s located in Harlem?”

Do bankers speak a different language?

According to a June report from the National Bureau of Economic Research, COVID-related conditions eliminated 36 percent of immigrant-owned businesses between February and April. The types of enterprises typically owned by immigrants include restaurants, beauty salons, dry cleaners, and gas stations; and these have been the hardest hit during the pandemic. So, why didn’t  PPP loans reach their target?

One of the reasons is the language, says Rita MacDonald-Korth, the founder of the Miami-based retailer, Presenteur. Her business has suffered a revenue decline of 85-90 percent since mid-March. In April, with her husband Ducan, also a small business owner, Rita launched COVID Loan Tracker to help other entrepreneurs understand where PPP money is going and empower the business community with the data.

“IRS forms in particular, which are a crucial and obligatory part of the application for every lender, are made for professional accountants, not genuine small business owners,” Rita and Duncan MacDonald-Korth wrote in a statement. “Terms and terminology are difficult even if you are a native English speaker. If you are not one, they are nearly impossible.”

Some immigrant business owners who managed to stay afloat during the shutdown but rushed to apply after reopening were simply ignored by their banks. Veronika, the founder of a small digital consultancy, said her experience was nothing but frustrating.

“I’ve been hoping we’ll survive, offering huge discounts to clients.” she said. “In mid June, it finally hit me. But I haven’t been able even to file an application! It’s been inaccessible online even at 4 a.m. although I tried different browsers and devices. I kept calling my bank, begging to send me the forms, but they never got back to me. It seemed as if there was no connection whatsoever between the customer service department and the people processing these loans.”

Those immigrant entrepreneurs who applied early seemed to be more lucky. Sebastiano Capitta, a co-owner of Bettolona, an Italian restaurant in Harlem, said he first applied in April and never got a response. Then, in May he was rejected but later his bank changed its mind. “All of a sudden I got approved!” Capitta said. At first, however, he was reluctant to use the money.

“The rules have been confusing: we had to spend the loan within eight weeks with 75 percent going to payroll and ten percent to the insurance” Capitta said. “The remaining 15 percent could barely cover the rent. Later, I suppose, many businesses complained, and the rules changed. But we are still spending money exclusively on payroll, utilities and insurance in order to stay on the safe side. Luckily, our landlord allowed us to partly cover rent with a security deposit.”

Is there still a hope?

Danil Saliukov, co-founder of the marketing startup, Insense, is one of the few lucky international founders who received help. “We had no issues with PPP though we were rejected for an SBA loan because I am a foreign national and not a green card holder,” Saliukov said. “Our bank reached out to us and guided us through the process.”

Saliukov spent a few hours trying to understand the application process, and his CPA helped with the documentation. Thanks to the loan Saliukov has been able to keep his employees and get back on track. “June was good for us in terms of sales,” he said.

Although the PPP program deadline is August 8 and many big banks stopped accepting applications, there is still hope for immigrant founders. As of July 31, the SBA said it still has $130 billion left to lend, and experts believe an extension is possible.

Also, a new small business relief proposal — the RESTART Act targets businesses that suffered the most – could be a part of the next stimulus bill. The amount of new loan forgiveness would depend on the amount of revenue the business has lost.

The Vertical Syndication
Next Article 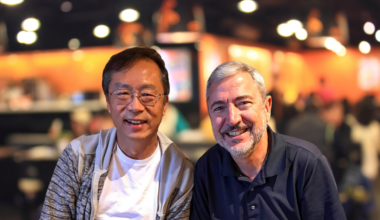