The coronavirus pandemic has hit the pause button for the fashion industry, allowing smaller brands, black designers and other outsiders to unlock their potential. Most big companies have a complicated supply chain: sustainable businesses creating everything within their communities can win.

For over a decade, Ugandan entrepreneur Camilla Barungi has been helping sustainable African brands make it in the U.S. She co-founded a global advisory accelerating innovation in Africa in line with the United Nation Sustainable Development Goals. Although breaking into the U.S. fashion and beauty industries has never been easy, the situation is changing, believes Barungi.

A breakdown in the global supply chain has forced many established designers to stop producing their fall looks or 2021 collections. To top it off, the pandemic has crushed demand for the latest fashion “must haves.” Gap, Gucci, and Marc Jacobs are among the affected brands.

“Most big companies have a complicated supply chain: almost 40 percent of the world’s fashion production is in China,” Barungi said. “Small, transparent, and sustainable businesses creating everything within their communities can win.”

As a science student, Barungi moved from Uganda to Silicon Valley. She said she came with a mindset to “study hard, work hard.”

“I never had the experience of growing up as a person of color in the U.S., because everybody looks the same where I am from,” Barungi said. “Africans have so much to offer, and I was happy to talk about my culture if people were interested. But I also had a natural curiosity, because Americans put this country together and, as an African, I wanted to learn how.”

Barungi was discovered by a modeling agent and left science.“The modeling experience shaped me: you just become very good at pitching because you have to survive.” Later, she found work for Silicon Valley startups. “I love the gig economy, waking up and creating a new opportunity every day.”

In 2008, she launched her first business supplying Moringa powder, the African superfood packed with vitamins and calcium from the all-female farming co-operative to the U.S.

A breakthrough in her career, although at the time it felt like “career suicide”, came when Barungi appeared on  the popular reality show Project Runway. Barungi had just moved to New York from Silicon Valley, didn’t know many people, and felt like she had to establish herself quickly. The reality show brought her many new opportunities.

Soon an NYC-based charity approached her. “Thanks to charity work, I met many amazing New Yorkers from the wildest to the most influential. Sometimes it takes only one business card to move to the next level,”  Barungi said.

Once, at a gala dinner, she’d been sitting next to a woman. “I asked her what she does and she answered: “Oh, I’m the CEO of Yahoo.” That’s why I love New York: just being exposed to such ambitious people puts the fire inside you and pushes you to succeed.”

After almost 20 years in the U.S., Barungi is giving back to her homeland. “I am able to connect the dots: I’ve got projects across Africa and, if something works in Uganda, we can move it to Tanzania and vice versa.”

She is now working on a new project for Tooro, one of the five traditional kingdoms in Uganda. The project, a public-private partnership, seeks to create a new ecosystem for traditional textiles from the Omutoma tree, known as “the natural heritage tree of all mankind.”

“My dream is to create a circular economy model in the Kingdom, where people could work and prosper, and kids could learn more about our trees and traditions.”

How to succeed in New York

“If you are new, be humble and show interest in other people and their experiences. Be open and talk to everyone. Many people come to the U.S. from abroad with a very fixed mindset and an idea of who they are and what they should be doing.”

“In the African diaspora, we call such newcomers “Johnny Just Come or JJC”: they don’t understand that opportunities are everywhere. I’ve gotten some really good advice from people I’ve just met on the street, in bars. Random strangers who looked very different from me were sometimes the ones who helped the most. That’s what I’ve learnt: be curious, and people will surprise you.”

The Vertical Syndication
Next Article 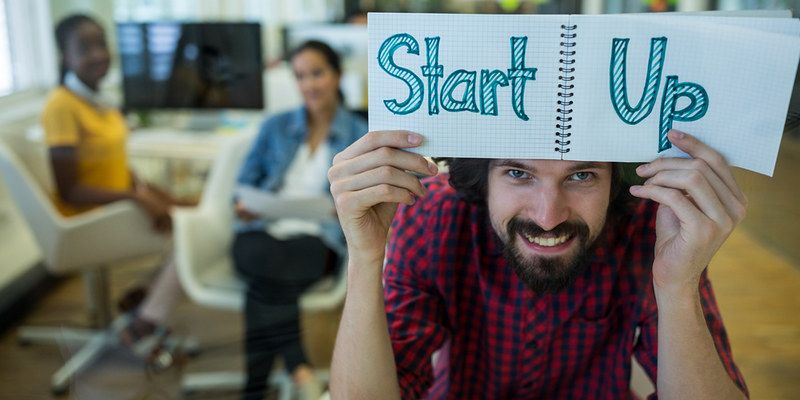 Because of the uncertainty in the U.S., American tech giants could be more willing to look into buying foreign startups, in particular ones based in the countries where lockdown measures are loosened soon.

For years, international founders invested heavily in U.S. expansion. Now, New York, one of their top destinations, has been hit hard in the pandemic. How is the city’s global startup ecosystem dealing with the challenges?